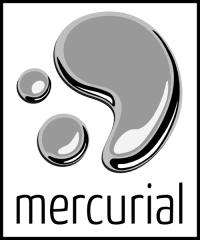 Mercurial is a Source Code Control system by Selenic, it's key feature is the distributed nature of the system. This means that changes (commits) are stored in a local repository, which can be sent (pushed) to a central repository and which can be downloaded (pulled) by others.

Joel Spolsky has written a How-To and Why-To page called HG init (hg is the chemical symbol for Mercury).

Mercurial stores it's setting in a file called 'hgrc' inside a hidden folder '.hg'

LVMerge can be used by Mercurial as a Merge tool. Add the following text to the hgrc file:

You can now use TortoiseHG to perfrom a merge (How-To)

LVDiff is a software package that uses the built in diff-functionality from LabVIEW to do command line based LVDiffs.

First thing is to download LVDiff, copy the contents of the zip-file to a location where you have writing priviliges (lvdiff uses a local ini file).
Alternative: Installer from NI Community Mercurial User Group

Then you need to open up the lvdiff.vi and implement these changes.

This snippet (the actual code inside lvdiff copy is shown) tests if the filenames are the same and if that's the case it calls a VI called lvdiffcopy, which creates a copy of the file2. For LabVIEW 2011 (and up) a patch file is available, use this to replace lvdiff.vi in the lvdiff installer folderFile:Lvdiff 2011 patch.vi.

To be able to select lvdiff as the diff tool you need to add the following settings to the [merge-tools] section of the hgrc configuration file:

If you are using TortoiseHg 1.0 or later, you can add a [diff-patterns] section to your hgrc file, analogous to the merge-patterns section mentioned above. This will enable automatic selection of the visual diff tool (see [1]):

You can start lvdiff in TorsoiseHg in the 'commit' dialog with right-click and 'Visual Diff': 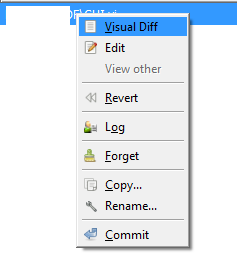 In the following dialog, select 'LVDiff' and double click on the VI to diff: 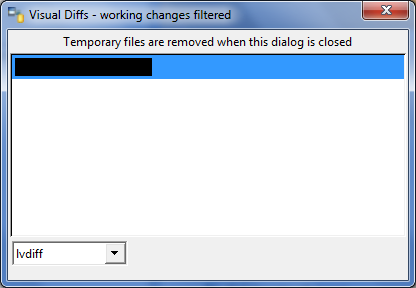 After this LVdiff will launch LabVIEW and both VI (current and committed) will be compared.

Mercurial stores general ignore patterns in a file called '.hgignore' in the repository root, so you can add the patterns to the repository. I use the following patterns

If you're using TortoiseHG you can use a global ignore file, by adding the following in your %profile%\mercurial.ini file:

Next to the mercurial.ini file you create the reference .hgignore file with the contents of your choice (source).

The following conditions needs to be true to be able to perform a merge:

The merge will try to detect the differences and call LVMerge if necesarry, LVmerge will show four VIs:

These are not editable.

For each diff LVMerge will give options to use either, 'base', 'mine' or 'their' code.

After the merge the code should be committed and pushed.

Most Mercurial Clients will show a graph with the following layout: 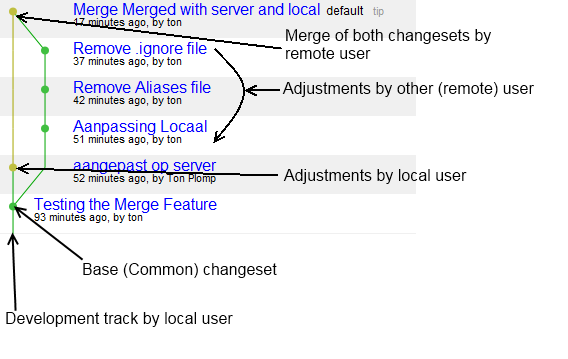 Here's the same graph from the 'other' user, which actually performed the merge:

Here you see the opposite actions, two changesets in the local repo and one in the remote. Only difference is the moment of branching.

, there is a command line client called 'hg'. On windows there is a context menu tool called TortoiseHG based on the popular TortoiseSVN and TortoiseCVS tools